When autocomplete results are available use up and down arrows to review and enter to select.

Prior to her appointment by Governor Laura Kelly, Dr. DeAngela Burns-Wallace served as the Vice Provost for Undergraduate Studies at the University of Kansas.

Dr. Burns-Wallace began her career as a Foreign Service Officer with the U.S. Department of State. She served Foreign Service tours in Guangzhou and Beijing, China; Pretoria, South Africa; and in Washington D.C. She also is trained in French and Mandarin Chinese.

Dr. Burns-Wallace has been selected for various leadership opportunities, awards and honors throughout her higher education and government career including being selected for the 2019 Leadership Kansas cohort, the 2013-14 American Council on Education Emerging Leaders Fellowship, the University Innovation Alliance as a campus leader and the 2018 White House Champions of Change College Opportunity. She also earned a Superior Honor and three Meritorious Honor awards from the U.S. State Department.

In her work over the last few years, she has delivered various keynotes and training around the country including a presentation at SXSW EDU on Utilizing Predictive Analytics and her 2018 “Ed Talk” entitled The Hidden Shame of Higher Education Administrators – Productivity. Dr. Burns-Wallace serves as a national trainer and curriculum developer for various national professional development organizations, non-profits and higher education institutions on such issues as micro-aggressions, multi-generational workplace differences, diversity and inclusion, change management, professional development pathways and strategic planning.

Service is also a cornerstone of her journey. Dr. Burns-Wallace was elected to the Stanford University Board of Trustees in 2020, and she previously has held board roles in numerous local, regional and national organizations such as Stanford University’s Board of Governors, the College Board, Heart of Missouri United Way and St. Louis Graduates. She also has served on national and international selection committees including Gates Millennium Scholars, Dell Foundation Scholars, and Rhodes, Marshall and Fulbright fellowships. She is an active member of Alpha Kappa Alpha, Sorority Inc., a globally-impactful organization committed to servant-leadership in their communities.

Dr. Burns-Wallace holds a dual bachelor’s degree in international relations and African American studies from Stanford University, a Master in Public Affairs from the Princeton School of Public and International Affairs at Princeton University and a doctorate in education from the University of Pennsylvania. Her research focuses on issues of access and success for students of color and low-income students throughout higher education as well as equity-minded leadership. Dr. Burns-Wallace holds a courtesy associate professor appointment in KU’s Department of Educational Leadership and Policy Studies in the School of Education, as well as the Department of African and African-American Studies in the College of Liberal Arts and Sciences. Additionally, she holds faculty appoints at the University of Southern California and the University of Missouri.

She is originally from Kansas City, Missouri, and is the proud mother to son Xavier. 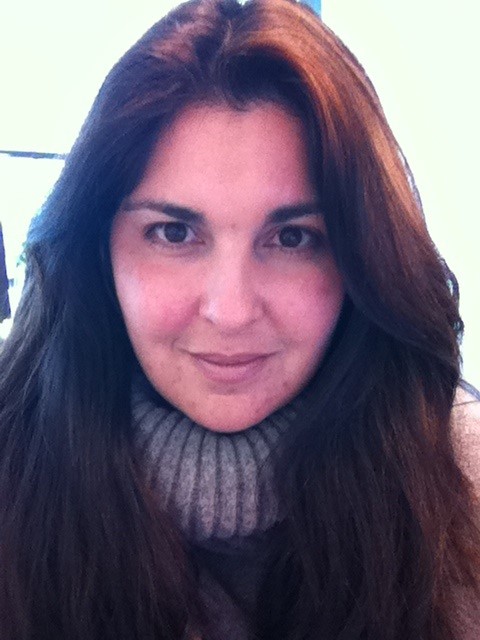 Appointed Chief Technology Officer for the State of Kansas in July 2021, Tanya
plays an integral role in the strategic direction, development, and evolution of our
state’s digital strategy across all technology stacks including information security and privacy. Tanya is committed to working across state agencies to provide technology solutions that will help Kansas position as an innovation leader.

Tanya’s extensive experience in the private sector includes Director of Technical Operations & Client Services for Georgetown University Law Center where she was the Director of Technical Operations, Client Services and Access Identity. In that role, she re-engineered operational, technical and support processes and platforms to deliver enhanced technology solutions and customer service to faculty, staff, and students.

Tanya also served as the subject matter expert for Technology and Security issues and initiatives for the Georgetown University Law Center. Prior to her time at Georgetown, Tanya served as CISO with SecureIT, as well as the Senior Director of Monster Government Solutions. At each of these organizations, Tanya has improved processes and responded to the needs of her customers.

Jeff Maxon was appointed CISO in July of 2020 after serving the state for more than 10 years. His intimate  knowledge of the systems and history is invaluable to the security of the state’s most valuable assets. He  is dedicated and enthusiastic about the key role the Kansas Information Security Office (KISO) plays in the security and service of Kansas citizens and their government. Maxon currently serves on the state’s Information Technology Security Council, reporting to  ITEC. He holds licenses and professional certifications, including Certified Information Systems Security Professional (CISSP), Certified Information Security Manager (CISM), and Certificate of Cloud Security Knowledge (CCSK). In addition Maxon serves as a Cyber Systems Operations Craftsman for the Kansas Air National Guard. He holds a Master of Science in Information Assurance and Cybersecurity from Capella University and a Bachelor of Science in Computer Information Science from Washburn University.

Department of Wildlife, Parks and Tourism

Board of Indigents' Defense Services

Office of the State Bank Commissioner

Board of Healing Arts

Office of the Governor